We have a winner for the November PHOTO OF THE MONTH ......

Well done to Luke who continues to send in some great images of the projects where he has been scheduled to work.

This, of course is on the iconic Tower Bridge, London where suction excavation work played a huge role in the recent maintenance work where our team of suction excavator operatives have been working both days and nights removing material from the bridge to allow for waterproofing of the archways in the approach to the bridge, which were last worked on when they were built at the end of the 19th century!

Other work will include replacing the Victorian bridge's timber decking - which was last refurbished in the 1970s - and resurfacing the road and walkways.

Thank you to all of the Force One Team that have sent in images - December will, of course be about capturing a Christmas theme, if we can - Don't forget, the party is on the horizon - bet there will be some good ones to share from that night out with all of the team together!!!!

So, yesterday myself and Hannah, who has recently joined the Force One Team ventured out of the office environment to visit some of the suction excavator operatives on, what we thought was a pretty impressive first site visit for Hannah!.

A short drive from the office to a historic church in Cambridge, we turn up on site dressed in super hi-viz ppe, hard hats, steel toe capped boots and glasses ……

So, the site was muddy, very different to our usual environment but what we saw was pretty amazing!

Lewis, the main operative on site had excavated a small area by the time we arrived, with over 30 meters of extension pipes running from the excavation point back to his machine. He had connected a reducer to the 250mm diameter flexi hoses and used 150mm flexi hose to feed into excavation and this can be seen in the pit.

Working alongside archaeologists, articles of interests were exposed, but were removed before we arrived, however we did get the opportunity to view many items removed from the site that were stored in the church and had already been recorded in archaeological records.

This, we hope is the first of many visits to come, and who knows, we might even turn up with one of the guys to be the second (wo)man.

We've been spotted on the Tower Bridge, London

Suction Excavation continues to be responsible for the latest London Bridge havoc!!

So, some of you may have been to London recently and seen the iconic London Bridge 'out of action' - this is due to the latest restoration and structural repair work being carried out, with the bridge being closed until the scheduled re-open date on 30th December.

Our team of suction excavator operatives have been working both days and nights removing material from from the bridge to allow for waterproofing of the archways in the approach to the bridge, which were last worked on when they were built at the end of the 19th century!

Other work will include replacing the Victorian bridge's timber decking - which was last refurbished in the 1970s - and resurfacing the road and walkways.

A little bit of history of Tower Bridge

1910 - The high-level walkways, which were designed so the public could still cross the bridge when it was raised, were closed down due to lack of use

1912 - During an emergency, Frank McClean had to fly between the bascules and the high-level walkways in his Short biplane, to avoid an accident

1977 - Tower Bridge was painted red, white and blue to celebrate the Queen's Silver Jubilee. Before that it was a chocolate brown colour 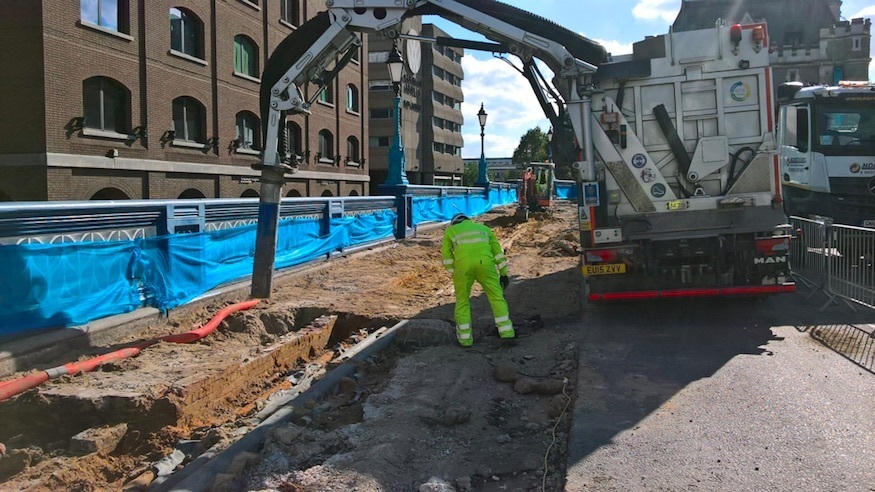 PHOTO OF THE MONTH CONTEST - September

Our suction excavator operative, Jake won the September photo of the month entry with the winning image #septemberselfie featuring both Jake and Declan

Well done to all that took part in the September contest and good luck with the October entries! 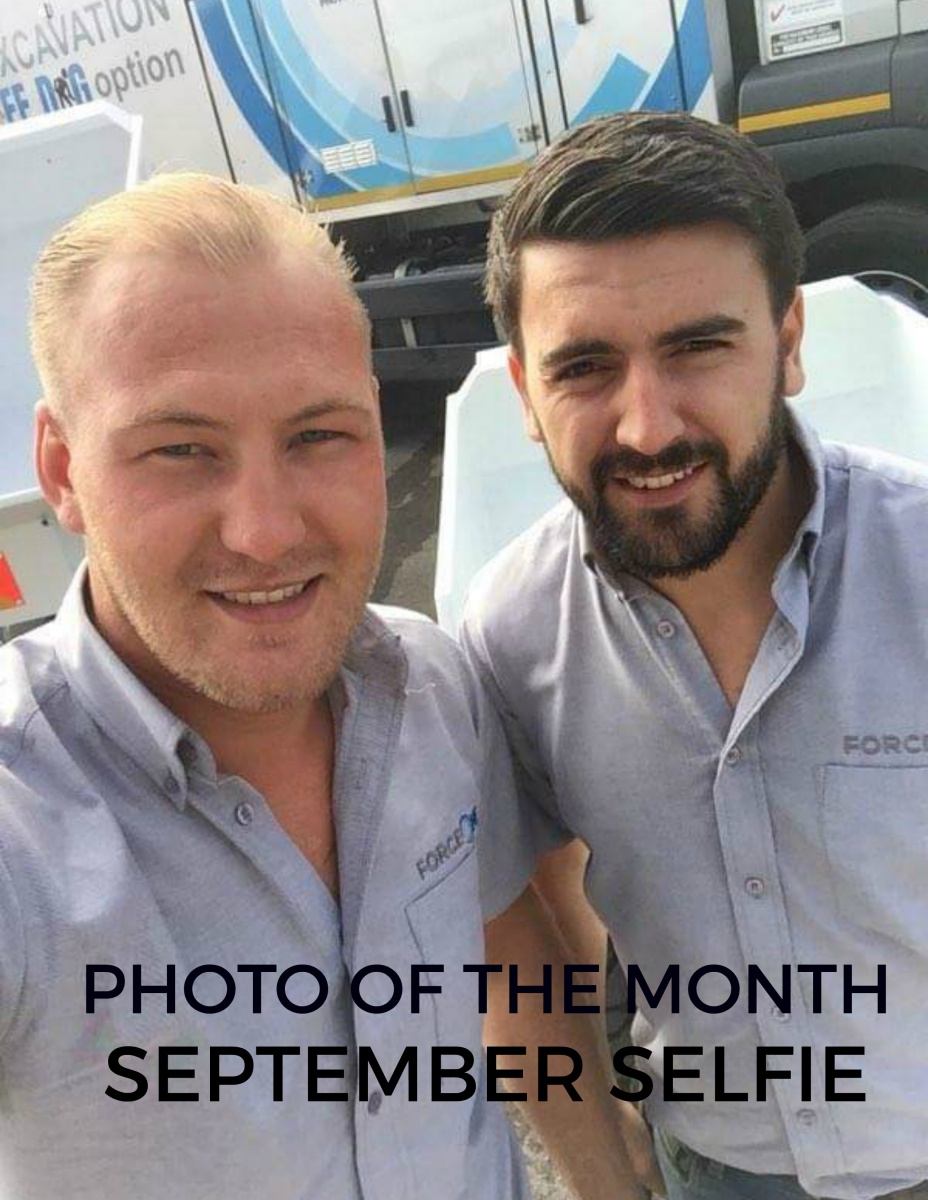 Photo of the Month Contest – August 2016

We have a winner!

Our suction excavator operative, Luke has won the August photo of the month entry.
The winning image was taken on a project in Cambridge using on of our larger suction excavators.
Some of the entries can be found here on our pinterest board - September’s contest is now running with a ‘September Selfie‘ theme

We all love a good selfie, so watch this space for the winning one!

Well done to all that took part in the August contest and good luck with the September entries! 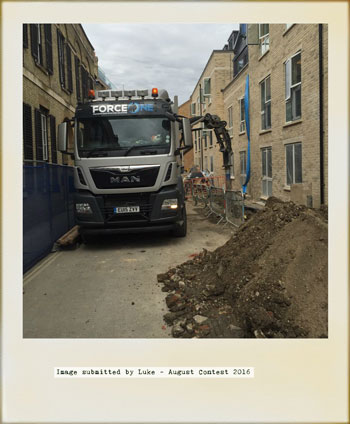 What is Suction Excvation?
How Does it Work?
Image Galleries
Videos
Vacuum Excavation Training